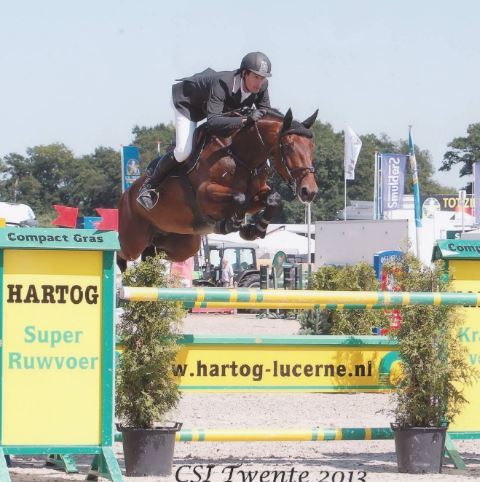 Adolfo Pacheco was born in Cordoba, Argentina on December 29, 1980.

His father (Adolfo Pacheco), a Grand Prix rider, and his mother Graciela have involved him in the world of the horse.

At 7, he went to his first competition and at 8, he won his first title of federal and state champion in the novice category.

In 1999, Adolfo decided to start law school, but quickly realized that books and horses together were too much for him.

In March 2001, he left Argentina for Europe where he started working for Evelyn Blaton. A few months later, he moved to England to work for Michael Whitaker. Adolfo started working as a groom, finishing as a Grand Prix rider. He has obtained important qualifications for the "Horse of the Year Show" with young horses, as well as numerous prizes at the Grand Prix level.

Since September 2004, Adolfo has been living in Germany where he started buying and selling his own horses. In 2008, he launched the company Pacheco Ecuestre Gmbh & Co.KG. with his wife, Imke.