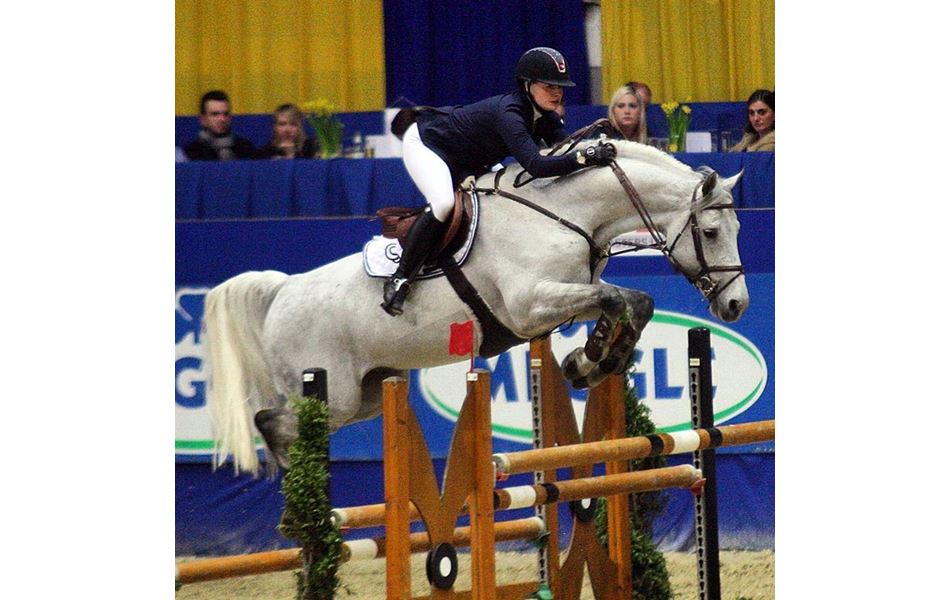 Born on March 10, 1994, Kaya Lüthi has grown alongside horses since she was a child.

When you grow up like Kaya Lüthi, you can only be passionate about horses. Indeed, his father Günter Orschel played an important role as an example and model, he participated in the Sydney Olympics in 2000 as a rider for Bulgaria. It was therefore logical for Kaya to follow equestrian training after the university and to have the same sports goals as her father.

"My dream is to be able to run at the CHIO in Aachen, there are also the European Championships, the World Championships and the Olympic Games.It would be good if I could qualify for that. to get there, there is still a lot of work "It does not scare her, she describes herself as follows:" I am very ambitious and I always want to do everything 100%, but I am calm and not nervous and, to the good moment, I can rush.

Since 2007, Kaya has been part of the German show jumping team, first as a pony and then as a young rider. In 2013, she obtained her gold badge "GoldenenReitabzeichens", she becomes champion of Germany in 2013, vice-champion of Europe in 2014 and 2015.

But it's not just competition in her life, training young horses and training riders are also part of her day.

From May 2015 to May 2016, Kaya trains for national coach Otto Becker in Sendenhorst.

Since 2016, she runs her equestrian center in Stadtlohn with her partner Johannes Ehning.